The Veterans Crisis Line is a good number to have close by. The phone number for the National Suicide Prevention Hotline/VA Crisis Line is

Counselors are also available through confidential text at 838255 or at veterancrisisline.net/chat.

Let's look out for one another.

You are not alone. Connect with care now. 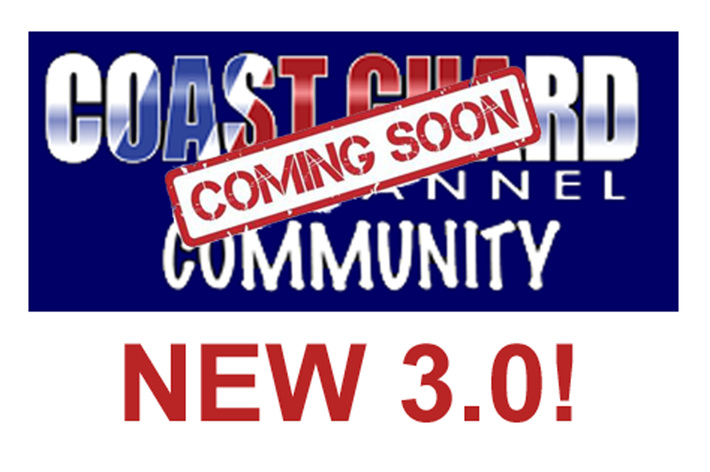 A brief update for the membership of the CG Channel Community:

The planned transition from the NING 2.0 to 3.0 platform has hit a couple of snags which has prolonged the process. We had initially been told that the process would only take a few days. This was to begin with our current 2.0 site continuing to operate while the 3.0 site was built. The content from the existing 2.0 site was to be moved over to the new platform. Then we would transition the membership over to use the 3.0 version exclusively and the 2.0 site activity would cease, allowing any remaining information on 2.0 to be collected and moved over to 3.0 to complete the process.

Two significant things beyond our control have happened.

The first is that there was some malfunction in the computers somewhere that has affected John Estep’s ability to function as a site administrator in the 3.0 site. Apparently, during the transition, only part of John’s profile on the 2.0 site was captured to transfer over. We have been unable to correct that issue ourselves. Even our skilled contractor/subject matter expert that we hired to assist us in the transition has been unable to fix that problem. That issue needs to be addressed by the platform provider, NING. Which leads us to the other problem.

The NING site representative/coordinator with whom we were working has apparently either moved from his position or left the company entirely, which means we now have to start over with a new site rep, who has to go back acquaint himself with all our associated correspondence and our site itself. As NING is a large global provider of internet services with servers all over the world, the rep has to figure out where the glitch occurred to have caused us to lose John Estep’s admin designation. We can’t move forward without John having full admin privileges.

As NING is also a global company, the customer service rep is based in Ukraine, which is several hours ahead of us in time zones, or seven hours ahead for me here in the Eastern Daylight Time zone, U.S.A. There are separate laws and regulations that come into play because of the NING locations in the European Union.

In the meantime, while testing the 3.0 site, a trial post accidentally triggered a sitewide email that created a path to the 3.0 site, which now has ongoing activity. So, we are currently operating two parallel sites. We can’t correct that until John Estep’s situation is corrected and we fully transition over to 3.0.

We apologize for the inconvenience with the delay and the various broadcast emails that have been going out to the members during this transition. Until we fully switch over, members cannot access and adjust their email settings for the new site to stop the emails from coming in, as the new platform defaults to the "broadcast all" setting.

We are working to correct these issues as quickly as possible and we are holding NING to the fire to get this fixed.

Anyone with questions or concerns can direct their correspondence to Fred Nichols through the messaging system on the CG Channel site.

Thank you for your understanding.

Jon Ottman, admin, on behalf of

Sam Green commented on John W Estep's group Coast Guard Sea Veterans of America
"We were supposed to knock off ship's work a while back, but kept on. It's one of the penalties of being self-employed, I guess. And one of the benefits.  The web has blessings and curses. In the last few days, looking up old…"
32 minutes ago

Edward H Lapinski commented on John W Estep's group Coast Guard Sea Veterans of America
"Everyone must be resting from the hard weekend as little traffic online. I went anad got some H2O for drinking and the sky opened and the wind really whipped the rain around. I just finished paying for what I'd bought when it hit. and it was…"
51 minutes ago

Kenneth Wyckoff has crossed the bar.

Started by Bob Posar in Crossing the Bar May 25.

How Soon They Forget - The Great White Ones 46 Replies

Started by Rick Minor in Crossing the Bar Apr 28. 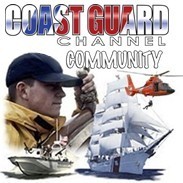 Started by bill oakes in Bulletin Board Apr 24.

Started by Jon A Ottman in Crossing the Bar Mar 17.

Started by Jon A Ottman in Crossing the Bar Feb 21.

Started by Ron Wilkins in Crossing the Bar. Last reply by Jon A Ottman Dec 9, 2020.